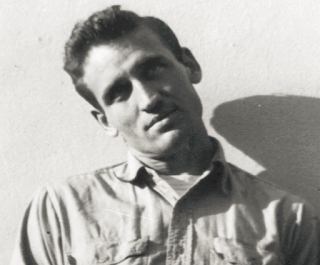 The Holy Goof, Neal Cassady, died this date in 1968. I'm partial to the above photo of Neal (perhaps because it reminds me of my own picture on the cover of The Beat Handbook).

The connection to Kerouac (a requisite for all blog posts here) is intuitively obvious to even the most casual observer, but in case you somehow missed it, Neal was a central Beat Generation figure, serving as a muse to Kerouac, figuring centrally in two of Jack's books -- On The Road (his most famous), and Visions of Cody (less famous but maybe more significant) -- and appearing in a number of others. His pseudonyms in Kerouac's novels included Dean Moriarty, Cody Pomeray, and even Leroy (Richard Marsh knows the latter reference).

Had he not died just short of his 42nd birthday (February 8), Neal may have seen his writing get published during his lifetime. As it turns out, his one book, The First Third, and a number of his letters were published posthumously.

May he rest in peace.


Posted by Rick Dale, author of The Beat Handbook at 11:27 AM