The Kerouac faithful will be descending on Lowell, Massachusetts -- our boy's hometown -- this coming week for the annual Lowell Celebrates Kerouac Festival on October 5-9. The schedule is available here: http://www.lowellcelebrateskerouac.org/festival.

To win your free signed copy of The Beat Handbook: 100 Days of Kerouactions, this year's secret word and the process for employing it were revealed several blog posts ago (August 7 to be precise). Let's not allow another year to go by without a winner. Keep in mind that past winners are not eligible. We've got to spread the wealth. Ahem, yass yass....

We don't know when we are visiting Jack's grave this year. In past year's we have done it on the way into town on Thursday, but Friday morning also has a lull in the schedule since the high school poetry reading is not open to the public. The first open event that day is Talking Jack (not to be missed), so a grave visit before that is eminently possible. Whenever we do go, we'll be recording the annual graveside video reading, this year being from On the Road since it is the 60th anniversary celebration of the publication of the book that launched Kerouac's career.

When you see me, ask to see pictures of The Beat Hotel in Paris, which we visited in early September and blogged about on September 10.

Jack said everybody goes home in October. Make it so.


Posted by Rick Dale, author of The Beat Handbook at 11:31 AM No comments:

I may not have Internet on Sunday so here's a post to keep the streak going. These are pictures of and at Shakespeare and Company, a very old bookstore in Paris that catered to the Beats. I didn't get a picture of Aggie the bookstore cat,  but I got to pet her and got my cat fix. 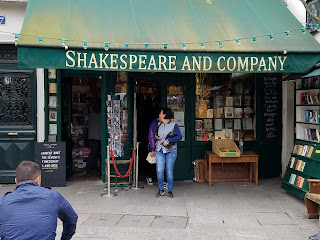 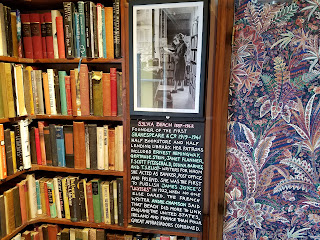 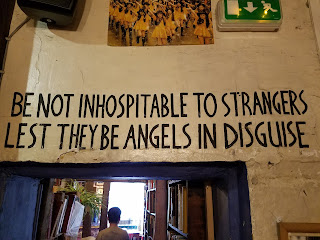 Posted by Rick Dale, author of The Beat Handbook at 3:37 AM 2 comments:

I have limited Blogger capability here in France because I only have my cell phone but here's a little report from Paris to keep my streak going.

On Wednesday in Paris we found The Beat Hotel at 9 Git-le-Coeur (now the Relais du Vieux Paris). Below are some pictures. I'd read that they don't appreciate tourists traipsing inside but the desk clerk was very nice. I told him I was a Beat fan and asked if I could take pictures. He said oui. I asked him how often people like me visit and he said "every day for 50 years."

There are various framed pics of Beat figures in the lobby. I didn't presume to go farther than the lobby and we had a time commitment (meeting our Paris guide, Wan). 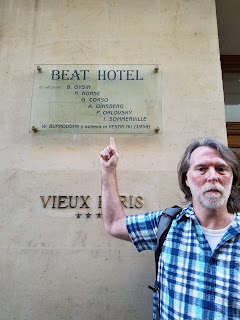 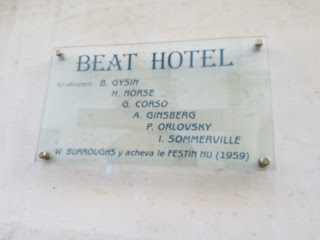 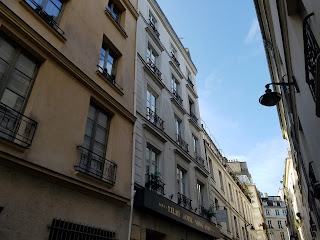 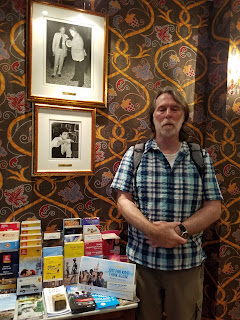 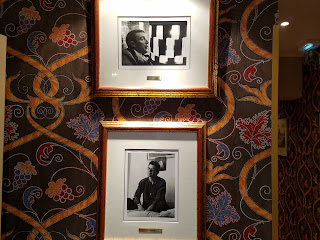 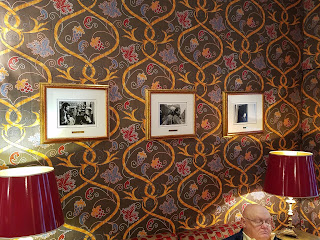 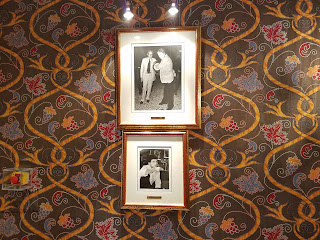 
Posted by Rick Dale, author of The Beat Handbook at 4:05 AM No comments:

Well, I'm in the club -- yesterday I finished Infinite Jest, including the many Notes and Errata at the end. Everything I said in my comments on August 21 still holds true, plus I have an additional revelation or two.

First -- and this is a major revelation -- the book doesn't have an ending. It just stops. It's as if Wallace got tired of writing (after 1,079 pages) and just said, "Fuck it. I'm done." I'm sorry, but after slogging through an over 1,000 page novel, one expects an ending. Wrap some shit up, for heaven's sake!

Second -- and this is really just a refinement of what I said in my earlier post -- Wallace must have been some messed up dude to come up with some of the stuff in this book, both the content and the gory details of said content. (I know, he committed suicide so there's that, but I'm making this judgment just on his writing). SPOILER ALERT FOR NEXT SENTENCE! The final scene -- a torture scene and one that is actually a character remembering a long-ago event (that frustratingly leaves you wondering if the character will live through his current dilemma) -- is hideously disgusting (e.g., drug addicts on a such a bender that they are pissing and shitting themselves, one ending up with his eyelids sewn open).

Third -- and this is my own pettiness coming through -- Wallace reminds me of someone who needs to prove how smart he is over and over and over again. It becomes quite tedious. I quit looking up arcane vocabulary words about halfway through because it was so frequent as to totally interrupt my train of thought. His prose is so obtuse at times that I didn't know what I was reading. That is, I literally couldn't bring comprehension to some lengthy passages.

I don't recommend Infinite Jest unless you want a significant and lengthy challenge. Should it be considered a literary classic? In some ways, I can understand arguments for that point-of-view. I certainly understand why it has obtained cult status. For me, it was all about the challenge. I think it's the longest book I've ever read. And perhaps the most perplexing.

Posted by Rick Dale, author of The Beat Handbook at 3:45 AM 1 comment:

On Monday we leave for Europe and will be gone for about 3 weeks. We are only taking our phones for Internet access and can't predict how well they are going to work for us. Hence, I may end up unwillingly breaking the streak of weekly blogging which I started as a Kerouac-olution in December 2015, motivated by Kathleen Thompson's book, The Project-Driven Life (which you can buy on Amazon -- and should).

So, I'll likely post on Sunday, but after that all bets are off. That is, if you don't see a post here for most of September, don't worry -- I'm gallivanting about France and Italy.*

Oh, and I finished Infinite Jest yesterday. Perhaps I'll post about that on Sunday as a follow-up to my previous piece on it.

*We have a house/cat-sitter for those worried about Karma or those with nefarious intent. Thanks, Jared.


Posted by Rick Dale, author of The Beat Handbook at 1:56 PM No comments: