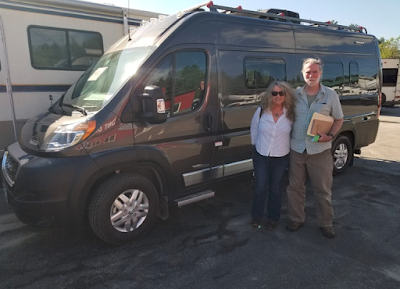 We recently purchased this 2019 Winnebago Travato 59K and are about to get it registered. We will get a vanity plate for it, and since we plan to take a cross-country trek in it next year, we may have it read ONTHRD. Faithful readers will know what that means. It could be misinterpreted as ON THIRD, but then it's good to separate the true Kerouac fans from the rest. I'll know by the reactions of passing motorists. Thumbs up means they "get it."

P.S. Another idea is JAPHY. Which do you prefer?
Posted by Rick Dale, author of The Beat Handbook at 10:06 AM 2 comments: 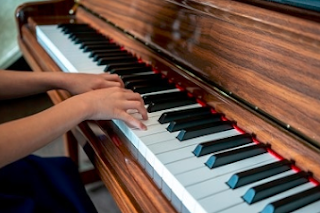 Below is the last paragraph of a particular Kerouac book. Can you name it without raiding your bookshelf?


I'll go light candles to the Madonna, I'll paint the Madonna, and eat ice cream, benny and bread --"Dope and saltpork," as Bhikku Booboo said--I'll go to the South of Sicily in the winter, and paint memories of Arles--I'll buy a piano and Mozart me that--I'll write long sad tales about people in the legend of my life--This is my part of the movie, let's hear yours


Seems to me Jack was answering Mary Oliver's provocative question: "What is it you plan to do with your one wild and precious life?"


Posted by Rick Dale, author of The Beat Handbook at 9:41 AM No comments: 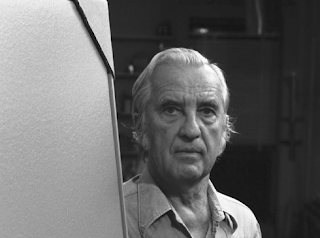 Abstract painter and photographer Stanley Twardowicz died on this date -- June 12 -- in 2008 at the age of 90. He became good friends with Jack Kerouac in Jack's later years. They met while both of them were living in Northport. Click here for a NY Times piece on the two friends. Click here for Twardowicz's obit.


Posted by Rick Dale, author of The Beat Handbook at 9:15 AM No comments:


No time today for a lengthy post but I didn't want it to escape our attention that poet and critic Kenneth Rexroth died this date -- June 6 -- in 1982 at the age of 76. Rexroth was no fan of Jack Kerouac and the feeling was mutual. We posted previously about Rexroth here and here.
Posted by Rick Dale, author of The Beat Handbook at 8:16 AM No comments:


Studious readers of The Daily Beat know who Locke McCorkle is -- he was the character Sean Monahan in Jack Kerouac's The Dharma Bums, the guy whose cabin Kerouac and Gary Snyder (Japhy Ryder in the book) lived in behind Sean's house in Mill Valley.

I posted a picture of Locke taken by Gerald Nicosia in 2012 and a relevant excerpt from The Dharma Bums here.

Now, thanks to Brian Hassett posting the link in the Jack Kerouac Facebook group, I know about this 2017 interview of Locke from 2017 sponsored by the Mill Valley Historical Association -- click here.

Enjoy.
Posted by Rick Dale, author of The Beat Handbook at 9:31 AM 1 comment: 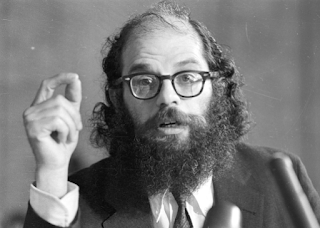 Allen Ginsberg would have been 93 years old today, June 3, having been born on this date in 1926. As a core member of the Beat Generation writers, Ginsberg needs no introduction to understand the Kerouac connection. He appeared in too many Kerouac works, under aliases of course, to mention here, but you can determine what those were by visiting the Character Key to Jack Kerouac's Duluoz Legend. I will point out that in the two Kerouac novels -- On The Road and The Dharma Bums -- that inspired my book, The Beat Handbook: 100 Days of Kerouactions, Ginsberg appeared as Carlo Marx and Alvah Goldbrook respectively.

June 2 is the day and month that Gerard Kerouac (1926) and Albert Saijo (2011) died. As regular readers know,  Gerard was Jack Kerouac's inspiration for Visions of Gerard and also appeared as Gerard Duluoz in Doctor Sax, Visions of Cody, and Book of Dreams. He also appeared as Julian Martin in The Town and the City. Albert appeared as George Baso in Big Sur and co-authored Trip Trap: Haiku on the Road with Kerouac and Lew Welch based on a road trip across America in Welch's jeep.

I just learned that a good friend of mine, Matt Noldy, died last night and want to wish him safe travels in the afterlife along with Gerard and Albert. The heavenly band is much improved with the addition of Matt. He was only 44 years old.

I'm posting this by phone or I'd say more and include pictures. Maybe I'll edit the post when I get home. It's a tough day for me....

P.S. As you can see, I've added pics but I've got little more to say at this point. Maybe I'll say more about Matt later on. Regarding Gerard and Albert, I've blogged about them here and here and here.

Posted by Rick Dale, author of The Beat Handbook at 11:04 AM 4 comments: