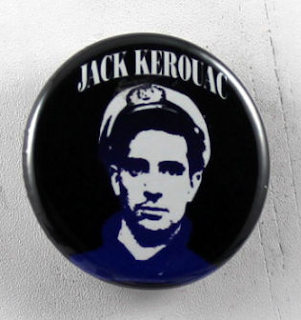 This button showed up in the mail yesterday (the only thing in the package). I suspect it's a surprise gift from RM (who is being coy about it). Of course, it may be that my Alzheimer's is acting up and there's another explanation (e.g., I ordered it and forgot). But I think it's the former. Thanks, RM.

If you search for "Jack Kerouac button" on eBay, it's the first item that shows up (in case you want to send one to a Kerouac friend).
Posted by Rick Dale, author of The Beat Handbook at 9:39 AM 3 comments: 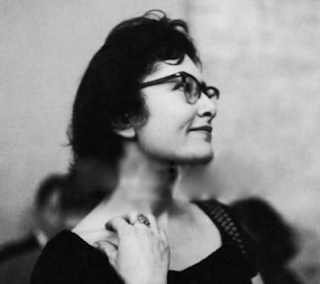 Poet Denise Levertov was born this date in 1923 (she died in December of 1997). She appeared in Kerouac's Desolation Angels as Alise Nabokov. Levertov was an influence on my poet friend, Charlie James (whose excellent and award-winning collection of poems, Life Lines, is available here). Charlie turned me on to her husband, Mitchell Goodman, via his activist treatise, The Movement Toward a New America. It's so classic we own multiple copies and have given it as a gift several times.

Check out a brief bio and several of Levertov's poems here: https://www.poetryfoundation.org/poets/denise-levertov

Also, you can check out her bio on the Duluoz Character Key here. Just do a Control-F and type Levertov in the search window. This is an indispensable web resource for Kerouac fans (in case you didn't already know of it), and it gets better all the time with the addition of new information (thanks to the continuing efforts of Dave Moore, the editor, and contributors like Kurt Phaneuf).

Posted by Rick Dale, author of The Beat Handbook at 2:46 PM No comments: 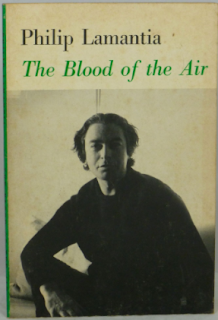 P.S. This is the anniversary of my mom's death in 2009, and I am just now connecting this date to Lamantia.
Posted by Rick Dale, author of The Beat Handbook at 12:31 PM No comments:

As a tribute to our hero on this auspicious date, below are links to past memorial posts on The Daily Beat, dating back to 2008 (the year we started this blog).


Posted by Rick Dale, author of The Beat Handbook at 8:32 AM 1 comment:

Since Blade Runner 2049 is in theaters, I thought readers might be interested in this piece explaining the connection to the Beat Generation:

If you haven't seen the original, put it on your movie bucket list. As for the sequel in theaters, I haven't seen it yet but plan to do so this week.


Posted by Rick Dale, author of The Beat Handbook at 12:05 PM No comments:

Denise is this year's book winner!

Denise is the winner of a signed copy of The Beat Handbook for being first to reply to my previous post with this year's secret word (dingledodies). Denise, send me your snail mail address to thebeathandbook@gmail.com and I will send you your copy right away.

The annual Lowell Celebrates Kerouac festival is under way as I write this. If you're there, hoist one for me in Jack's honor.
Posted by Rick Dale, author of The Beat Handbook at 10:34 AM No comments:

Change of plans re: Lowell

For a variety of reasons -- none of them alarming in nature -- we have just decided to skip Lowell Celebrates Kerouac this year. One of several reasons is that we are simply traveled out, having spent almost all of September in Europe living out of our suitcases.

While we'll miss the Kerouacian camaraderie, we will not miss staying in a hotel, sleeping in an unfamiliar bed, endlessly eating out, spending a bunch of money, sharing one bathroom (we both have our own at home!), figuring out cat-sitting, or, as already stated, living out of our suitcases.

There are two pieces of good news here. First, this means that there may be a room available at the UMass Lowell Inn and Conference Center, the most centrally-located hotel to the events. Second, I am still going to give a signed copy of my book away as planned.

Here's how the latter will work: the first person to reply to this post with this year's secret word will be the winner. You will need to search past posts if you don't already know the secret word. I will ask whoever wins for their snail mail address and then send them a signed copy courtesy of the United States Post Office.

If you read this and are attending LCK this year, feel free to share this information with other attendees who may wonder about our absence.

Maybe we'll see you next year!

Blogging has its joys, one of which is to share my love for Jack Kerouac with others and make connections with fellow Kerouacians. It also has its downsides such as negative responses. I don't get a lot of replies, but when I do -- unless they are ad hominem attacks -- I typically publish them (they don't post automatically so that when I am called abusive names it spares you from reading such things -- you wouldn't believe what I've been called).

On my return from Europe I had a couple of replies that were definitely unpleasant for me to read, but they didn't rise to the level of ad hominem attacks so I have posted them.

One was by "Joe Zaloom" here: John Fante.

The other by "Anonymous" here: Infinite Jest by David Foster Wallace Part 2.

I don't know who either person is, and for all I know it's the same person, but in any case I ruffled some feathers (the former may or may not be an actor with Die Hard With a Vengeance and other notable movies to his credit). I didn't mean to offend, and I will look for constructive criticism in the replies.

Yes, I could have read some Fante before blogging about him, but in my defense I did say in my post that it was something I probably needed to do. And yes, my review of Infinite Jest was admittedly a personal reaction and not a scholarly analysis, and on re-reading it I guess it does come off pretty self-centered. Blogging takes some degree of ego, right? That is, a blogger presumes that she or he has something of interest to say.

But . . . and this is important . . . it's my blog and I get to determine what I blog about, not you, Joe, and not you, Anonymous. You have the right to weigh in, of course, as you have done.

P.S. If anyone wants to reply to Joe or Anonymous, feel free. But leave out the ad hominems or your reply won't get posted.

Posted by Rick Dale, author of The Beat Handbook at 10:56 AM No comments: