Today we remember Beat poet Philip Whalen, who died on this date -- June 26 -- in 2002 at the age of 78. He appeared in several Jack Kerouac works: as Warren Coughlin in The Dharma Bums; and Ben Fagan in Desolation Angels and Big Sur.

Whalen was a force behind the San Francisco poetry renaissance of the mid-50s, and was one of the poets who read at the famous Six Gallery reading on October 7, 1955.

To get a sense of Whalen's place in Kerouac's world, I highly recommend reading John Suiter's Poets on the Peaks: Gary Snyder, Philip Whalen & Jack Kerouac in the North Cascades. This is my favorite Kerouac-related book of all time (a gift from my great friend, Richard Marsh).

Whalen was a Buddhist, close with Lew Welch and Gary Snyder (who all met at Reed College in Oregon), and a much greater piece of the Beat Generation puzzle than he gets credit for, especially the West Coast aspect. You can read a brief bio and some of his poetry HERE.

Posted by Rick Dale, author of The Beat Handbook at 11:16 AM No comments:


Today is poet/writer Hettie Jones' 86th birthday. She never appeared in a Jack Kerouac work, but her husband, LeRoi Jones (later Amiri Baraka), appeared in Lonesome Traveler under his own name.

Jones published many of the Beat writers, including Kerouac, in her poetry magazine, Yugen, established with her husband. She went on to publish others in Totem Press. A brief bio and one of her poems can be read HERE. More of her poems appear HERE. In addition to her poetry, Jones published a couple of memoirs and several children's books.


Posted by Rick Dale, author of The Beat Handbook at 9:39 AM No comments:


Jack Kerouac's Northport friend, painter/photographer Stanley Twardowicz, died on this date -- June 12 -- in 2008. We remembered him HERE last year. He appeared in one Kerouac novel, Satori in Paris, under his own name. To wit --

Spend most of the time talking to big corpulent Breton cabdrivers, what I learned in Brittany is "Don't be afraid to be big, fat, be yourself if you're big and fat." Those big fat sonumgun Bretons waddle around as tho the last whore of summer war lookin for her first lay. You can't drive a spike with a tack hammer, say the Polocks, well at least said Stanley Twardowicz which is another country I've never seen. You can drive a nail, but not a spike. (Satori in Paris & Pic, 1988, Grove Press, p. 108)

Posted by Rick Dale, author of The Beat Handbook at 10:02 AM No comments:


Poet and critic Kenneth Charles Marion Rexroth, who we wished a happy birthday in December (click HERE), died on this date -- June 6 -- in 1982. Rexroth appeared in only one of Jack Kerouac's books, The Dharma Bums (my favorite), as Rheinhold Cacoethes.

Rexroth and Kerouac were not chums. As Gerald Nicosia points out in Memory Babe: A Critical Biography of Jack Kerouac, Rexroth often put Jack down with snide remarks (1994, University of California Press, p. 491). Jack returned the favor by naming him "Cacoethes," which means "the irresistible urge to do something inadvisable."

Notably, Rexroth was the master of ceremonies at the famous Six Gallery poetry reading in October 1955. You can read more about him HERE as well as some of his poetry.

Random thought: I rather think the younger Rexroth looks like actor Steve Zahn.


Posted by Rick Dale, author of The Beat Handbook at 10:49 AM No comments: 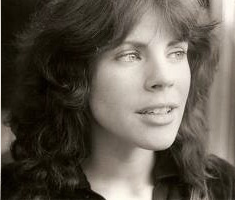 Writer Jan Kerouac, Jack's only child, died on this date -- June 5 -- in 1996. We wished her a happy birthday and provided some info about her back in February. You can access that post HERE.

A fitting book to check out today, in addition to any of Jan's own novels (Baby Driver, Trainsong, and Parrot Fever (unpublished but a chapbook is available from Gerald Nicosia) would be Nicosia's The Last Days of Jan Kerouac (Noodlebrain Press, PO Box 130, Corte Madera, CA 94976-0130). Click HERE for a European Beat Studies Network interview with Nicosia about this book.

Like her father, Jan died too young (age 44) and had a promising writing career cut short, most likely from similar lifestyle choices involving intoxicants. To which I say: Life is short. Live every minute of it.


Posted by Rick Dale, author of The Beat Handbook at 10:29 AM No comments:


Poet and core Beat Generation member Allen Ginsberg was born on this date -- June 3 --  in 1926. He appeared in a number of Jack Kerouac's works: as Carlo Marx in On The Road; Alvah Goldbook in The Dharma Bums; Adam Moorad in The Subterraneans; Irwin Garden in Big Sur, Desolation Angels, Visions of Cody, Book of Dreams, and Vanity of Duluoz; Leon Levinski in The Town and the City; Allen Goldbook in an early draft of Beat Generation; Bleistein in The Haunted Life and Other Writings; Allen Ginsberg in Pull My Daisy; and Leo in Orpheus Emerged.

The influence of Ginsberg on the other Beat writers, including acting as their agent/promoter, and his impact on the culture from the 50s to the 90s cannot be overstated. One need only read the above list of appearances in Kerouac's works to imagine his importance to Jack. You can read a short bio and some of his poetry by clicking HERE.

In honor of his birthday, Allen would dig it if you read some of his poetry, especially aloud. Even better, read along while listening to him read his own work. It's out there on the interwebz.


Posted by Rick Dale, author of The Beat Handbook at 10:15 AM No comments:


On this date -- June 2 -- two important figures in Jack Kerouac's world died, his brother Gerard in 1926 and his friend Albert Saijo in 2011. Gerard appeared as Gerard Duluoz in Visions of Gerard, Doctor Sax, Visions of Cody, and Book of Dreams; and as Julian in The Town and the City. Albert appeared as George Baso in Big Sur and co-authored Trip Trap: Haiku on the Road with Kerouac and Lew Welch based on a road trip across America in Welch's Jeep.


"Ainsi soit-il," amen, none of them knowing either what that meant, "thus it is," it is what is and that's all it is--thinking ainsi soit-il to be some mystic priestly secret word invoked at altar--The innocence and yet intrinsic purity-understanding with which the Hail Mary was done, as Gerard, now knelt in his secure pew, prepares to visit the priest in his ambuscade and palace hut with the drapes that keep swishing aside as repentent in-and-out sinners come-and-go burdened and dismembered as the case may be and is, amen--

It is a mystical synchronicity that both of the above passages come from page 32 in their respective sources. First of all, 32 is 23 backwards, and we all know the mystical significance of the number 23 (see my post HERE). Plus, I randomly picked Albert's selection first and then thumbed through Gerard to look for a section that'd been underlined (by the previous owner of the book in this case) and this was the first one I saw.

RIP, Master Kerouac and Mr. Saijo. We remember you on this day.

Posted by Rick Dale, author of The Beat Handbook at 10:15 AM No comments: