I was on a Jiddu Krishnamurti kick a few years ago and he remains an enigmatic philosophical/religious influence on me. Over the last few days I have almost re-read all three of Mary Lutyens' biographies of Krishnamurti, and this passage in Krishnamurti: The Years of Fulfillment stuck out (I may have read this for the first time before I was into Kerouac and the Beats, or maybe I just forgot reading it).

On the 26th [of September 1966] K [Krishnamurti] was to give the first of six talks at the New School for Social Research in New York, continuing until October 7. During this time in New York he met Ralph Ingersol, journalist and author Tim Leary, the psychologist, and Allen Ginsberg, the poet, who had collaborated with Keary in anti-war propaganda in 1961 (p. 136).


This got me wondering whether Krishnamurti and Kerouac ever met, so I Googled the two names and, interestingly enough, previous mentions on my blog from 2008 and 2012 are the first two hits (http://thedailybeatblog.blogspot.com/2008/12/kerouac-krishnamurti-burroughs-and.html and http://thedailybeatblog.blogspot.com/2012/01/jack-kerouac-and-compassion.html).

Resorting to my go-to biography, Memory Babe: A Critical Biography of Jack Kerouac by Gerald Nicosia, I see no mention of Krishnamurti in the index. Likewise I find nothing in the indexes of other Kerouac biographies (Charters, Clark, Miles, Maher, McNally). I think Kerouac was in Italy during the dates Krishnamurti met Ginsberg in NYC, so if they ever met it was likely another time.

So there's a mystery for you readers to solve: Did Jack Kerouac and Jiddu Krishnamurti ever meet? Let us know if you have some evidence one way or the other.

Posted by Rick Dale, author of The Beat Handbook at 11:27 AM 6 comments:

My great friend Richard Marsh alerted me to this Jack Kerouac Tumbler page (http://jackkerrouac.tumblr.com/) because he had not seen the above picture of Allen Ginsberg "in unusual beard looking like a german [sic] geologist." I don't remember seeing it, either. Can anyone source it (I wish people would do that more, me included -- which is why I'm asking)? While trying to source it using a Google image search (to no avail), I happened on this Pinterest page with many pictures of various Beats and related images: https://www.pinterest.com/octaviawinters/the-beats/. It identifies the above as being taken in Mexico in 1954.

I haven't looked around at the whole set of posts on the Tumbler page yet (just the Ginsberg photo alone earned it a mention here on The Daily Beat), or the Pinterest page, either, so I am not sanctioning either one. I'm merely pointing them out for your potential interest and amusement. If you know of similar pages, send the links along in a comment.
Posted by Rick Dale, author of The Beat Handbook at 10:48 AM No comments:

Jack Kerouac and advice on writing 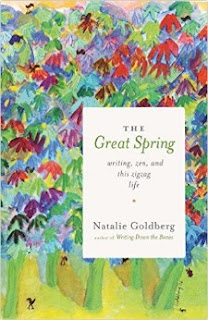 Faithful Daily Beat readers are already familiar with Jack Kerouac's advice on writing, taking the form of two essays published in Evergreen Review: "Essentials of Spontaneous Prose" (Summer 1958) and "Belief and Technique for Modern Prose" (Spring 1959). Both of these are available in print in You're a Genius All the Time (Chronicle Books, 2009) with a foreword by Regina Weinreich.

I've read several books on writing by other authors, one of which is by Natalie Goldberg: Writing Down the Bones: Freeing the Writer Within. It's very good and was recommended to me by my friend Kathleen Thompson (author of The Project-Driven Life: How To Figure Out What You Want To Be When You Grow Up).

Now Goldberg has published a new book of essays that looks interesting: The Great Spring: Writing, Zen and This Zigzag Life. In it, according to this piece, she credits Jack Kerouac as an influence on her writing:


Goldberg, author of “Writing Down the Bones” among other titles, offers meditations on her life as a writer, and the practice of seeing and hearing. In her introduction, she cites Zen teacher Katagiri Roshi and author Jack Kerouac as influences on her practice of writing.

I'm sure it's a worthwhile read and thus it's already on my Amazon Wishlist. Hint, hint....

The Well Readneck tackles On the Road 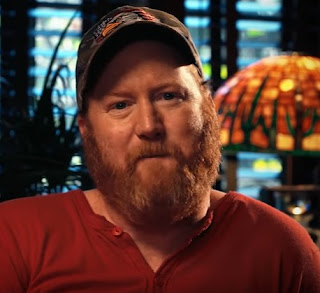 This is juvenile and insulting, but it is a thing and I found it funny so I thought I'd share.: The Well Readneck tackles On the Road.
Posted by Rick Dale, author of The Beat Handbook at 10:45 AM No comments: 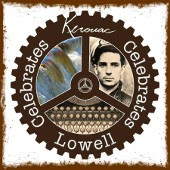 This just in from Lowell Celebrates Kerouac (LCK), courtesy of Steve Edington:


The schedule for the 2017 Kerouac Birthday Celebration in Lowell has been finalized. All events take place on Saturday, March 11:

7:30 pm: "Happy Birthday Jack!" An evening of music and readings. Music by "The Neverly Brothers" (Dave Norton and Peter Lavender) and Alligator Wine. Time between sets for the sharing of favorite Kerouac passages and the reading of the Governor's Proclamation of Jack Kerouac Day in Massachusetts. A $5.00 donation requested. Doors open at 7:00 p.m. Zorba's Music Hall. 439 Market Street.


Here's a link to the LCK website: http://www.lowellcelebrateskerouac.org/.
Posted by Rick Dale, author of The Beat Handbook at 10:40 AM No comments: 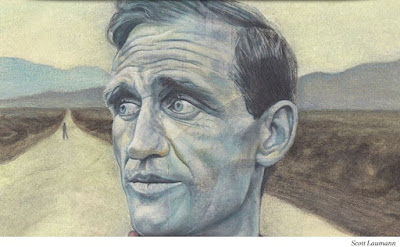 1. Here's an interesting piece about a "secret" son of Neal Cassady's: click here. I can't help but note that Neal Cassady is spelled wrong on the birth certificate (both names are wrong: Neil Cassidy). I'm not questioning the matter -- since it seems widely accepted -- it's just that my grammar priggishness got the better of me.

2. We missed saying Happy Birthday to Neal on Wednesday February 8. The Holy Kerouac muse would have been 91 years old.

3. The Joan Anderson letter is going up for auction again February 17: click here. Let's hope it happens and that it's a step toward it entering the public domain so we can read the whole thing!


Posted by Rick Dale, author of The Beat Handbook at 10:35 AM No comments:

Beat triumvirate member and subsequent counterculture icon William S. Burroughs was born this date in 1914. That means, were he still alive, he would be 103 years old today.

In honor of Bill's birthday, here's a link to a 1965 interview he did for Paris Review: https://www.theparisreview.org/interviews/4424/william-s-burroughs-the-art-of-fiction-no-36-william-s-burroughs. In it, he says things like:


I do a lot of exercises in what I call time travel, in taking coordinates, such as what I photographed on the train, what I was thinking about at the time, what I was reading, and what I wrote; all of this to see how completely I can project myself back to that one point in time.

Posted by Rick Dale, author of The Beat Handbook at 12:46 PM No comments:


I snagged this uncredited artwork of Neal Cassady from a friend's Facebook page and thought I'd dig into it a little bit to identify the artist. Apparently, it is Dushan Milic from Canada, who posted this image on Dribbble here: https://dribbble.com/shots/621895-Neal-Cassady.

Dushan, I really like this piece and hope you don't mind my reposting here on The Daily Beat. Have you done one of Jack Kerouac? If so, we'd love to share it with our readers. If not, we'd love you to do one and let us unveil it!


By the way, I missed posting yesterday about it being the 49th anniversary of Neal's death on February 4, 1968.

A belated RIP to our chisel-jawed Western Beat hero.


Posted by Rick Dale, author of The Beat Handbook at 10:39 AM No comments:

Follow-up to my October 18, 2016 post about my copy of Kerouac's The Dharma Bums 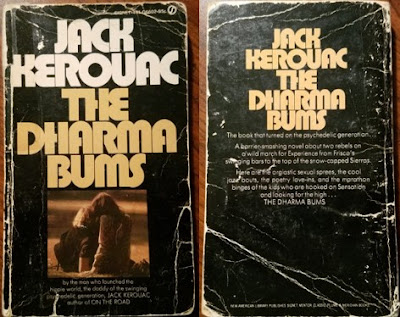 Back in October I posted about receiving a copy of The Dharma Bums as a gift from my great friend, Richard Marsh (click here). In that post I noted that it had the name Cindy Wolkin written in it and I asked her to contact me if she were the previous owner.

That same day I found a Cindy Wolkin on Facebook and sent her a message with a link to my blog post. Yesterday I got a response from Cindy, who says she recognized her signature and that she had that book when she was 15 and was a "big Kerouac fan." She apparently doesn't use Facebook messenger but happened to check it.

People complain about Facebook all the time, but it does have some utility in making connections between people all over the world.

Cindy, thanks for getting back to me and solving this little mystery, and please know that your copy of Bums is in good hands.

Posted by Rick Dale, author of The Beat Handbook at 10:25 AM No comments: