On this date -- October 13 -- in 1920, Bea Franco was born. She was represented as Terry in Jack Kerouac's 1957 classic novel, On The Road. An excerpt about Terry, titled "The Mexican Girl," was published as a stand-alone short story in Paris Review in 1955; you can read it here. Bea also appeared in Book of Dreams as Bea.

Also of note, author Tim Z. Hernandez found Bea alive in 2010 after a multi-year search and as a result wrote the award-winning novel about her life, Mañana Means Heaven, which we reviewed here at The Daily Beat (click here). We also curated the book twice (click here and here), and featured a guest blog by the author (click here).

Posted by Rick Dale, author of The Beat Handbook at 8:27 AM No comments:

Mémère was an omnipresent and potent force in Jack's life. He lived with her off and on throughout his life, and thus she often was the anchor for his footloose wanderings. That is, he always had a home to which he could return. Jack made a deathbed promise to his father that he'd look after Mémère, and in his own way he did that right up until his death in 1969. She was a strong influence on his Catholicism. Gabrielle Kerouac appeared in a number of Kerouac's works: Angie in Vanity of Duluoz and Desolation Angels; Ma in Book of Dreams; Angy in Maggie Cassidy; Angy Duluoz in Doctor Sax; Ange Duluoz in Visions of Gerard; Marguerite Martin in The Town and the City; and Sal's aunt in On The Road.

Bill Cannastra died young and in a tragic manner, which you can read about here. More about Bill's life is accessible here. He appeared in Kerouac's works as follows: Finistra in Visions of Cody; Cannastra Finistra in Book of Dreams; and (probably) Charley Krasner in The Subterraneans.
RIP, Mrs. Kerouac and Mr. Cannastra.
Posted by Rick Dale, author of The Beat Handbook at 7:47 AM No comments:

Jack Kerouac was a star football player for Lowell High School (Massachusetts) and got a football scholarship to Columbia University. In Vanity of Duluoz, he describes his football career, mentioning a game his senior year against Greenfield High. We can only assume he meant Greenfield, MA.

So I started the first game of the year against Greenfield Hi [sic] (and here's the record I spoke of, the whole year) (game by game) and made two touchdowns that were called back, actually made five of the seven first downs in the whole game, averaged about 10 yards a try, and made a 20-yard run to within inches of a touchdown and Kelakis assigned himself the honor of carrying it over (he was the signal caller). (Vanity of Duluoz, 1994, Penguin Books, p. 18)

Recently, my great friend, Richard Marsh, did some sleuthing and took pictures of where Jack likely played in Greenfield. This first picture (below) is where Richard thinks the Greenfield High football field was when Jack played. 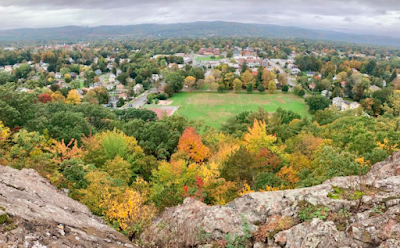 This second picture (below) shows the current middle school (center top), which was the high school back when Jack played. 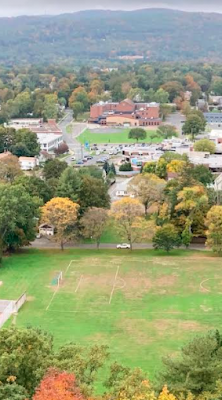 Thanks, Richard, for improving our ability to visualize where Jack played football!

Posted by Rick Dale, author of The Beat Handbook at 2:36 PM No comments:

Today is a famous date in Beat Generation history: The Six Gallery reading

On this date -- October 7 -- in 1955, the famous Six Gallery poetry reading in San Francisco took place. It was the first public reading by Allen Ginsberg of his epic poem, "Howl." That is why some call this National Beat Poetry Day (click HERE).

Jack Kerouac didn't read, but he was an active audience member, saying this about it in The Dharma Bums (1976, Penguin Books, pp. 13-14):

Anyway I followed the whole gang of howling poets to the reading at Gallery Six that night, which was, among other im­portant things, the night of the birth of the San Francisco Poe­try Renaissance. Everyone was there. It was a mad night. And I was the one who got things jumping by going around collecting dimes and quarters from the rather stiff audience stand­ing around in the gallery and coming back with three huge gallon jugs of California Burgundy and getting them all piffed so that by eleven o'clock when Alvah Goldbook [Allen Ginsberg] was reading his, wailing his poem "Wail" ["Howl"] drunk with arms outspread ev­erybody was yelling "Go! Go! Go!" (like a jam session) and old Rheinhold Cacoethes [Kenneth Rexroth] the father of the Frisco poetry scene was wiping his tears in gladness. 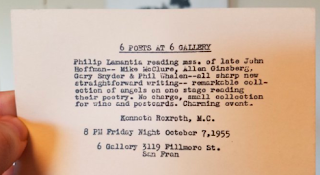 Posted by Rick Dale, author of The Beat Handbook at 11:40 AM 2 comments: 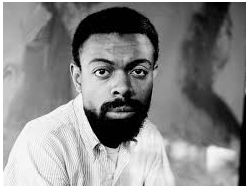 Noted writer Amiri Baraka was born on this date -- October 7 -- in 1934. He appeared under his actual former name, LeRoi Jones, in Jack Kerouac's Lonesome Traveler.

Baraka led a fascinating life and I encourage you to read up on him. He was an accomplished poet and activist, sometimes polarizing -- click HERE for some biographical info as well as some of his poems. You can listen to Baraka reading poetry, along with Gregory Corso, HERE.

Happy Birthday, Mr. Baraka.
Posted by Rick Dale, author of The Beat Handbook at 10:24 AM No comments: 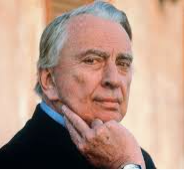 Eugene Luther Gore Vidal was born this date -- October 3 -- in1925. Vidal appeared in Jack Kerouac's The Subterraneans as Arial Lavalina and in Old Angel Midnight as Gore Bedavalled.

Previously, in 2019, we discussed Vidal and Kerouac having a sexual encounter (click HERE) and Jack's opinion of Vidal's writing.

I have yet to read any of Vidal's work. Any suggestions on where to start?

Posted by Rick Dale, author of The Beat Handbook at 11:34 AM No comments: