Though surrounded by COVID-19 death, we should not become inured to the tragedy and significance of the date when someone takes the "night train to the big adios" (movie reference there -- for those who'd like to guess the film, please comment with your answer). To wit, today's date brings us to remember novelist Alan Harrington and poet Lew Welch, two friends of Jack Kerouac who shuffled off this mortal coil (or in Welch's case, disappeared) on this date, May 23 (Harrington in 1997, Welch in 1971).

We opined about this important Kerouac date last year and in that post we identify who Harrington and Welch appeared as in five of Kerouac's works, as well as provide some background on each. You can read that post by clicking HERE. That saves me repeating myself and unnecessarily using up bandwidth.


Posted by Rick Dale, author of The Beat Handbook at 9:53 AM No comments:

Recourse for reviewers who hated The Beat Handbook


There are two 1-star reviews panning my book on Amazon, calling it crap and lamenting spending money on it. I commented on both reviews that if the reviewer e-mails me at thebeathandbook@gmail.com, I will refund their money.

Maybe they don't go back to their own reviews to look for comments, so again I say to you two dissatisfied reviewers: e-mail me and tell me what you spent and give me your mailing address. I will refund your money.

If you want to see what all the fuss is about, visit my book page on Amazon HERE. But don't buy it and post a shitty review just to get a refund. That was a limited time offer that applied to the two existing 1-star reviews. Trying to work on my karma.

Posted by Rick Dale, author of The Beat Handbook at 2:57 PM No comments: 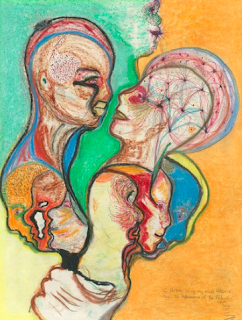 This is the 5th in a series of posts where I provide a quote from one of Jack Kerouac's books and you figure out which one. Post your answer as a comment. Here's the passage:


. . . something making me now almost so mad as to shout, I GOT MY OWN LITTLE BANGTAIL ESSENCE AND THAT ESSENCE IS MIND RECOGNITION--


Good luck! Remember our policy on comments (over there on the right). 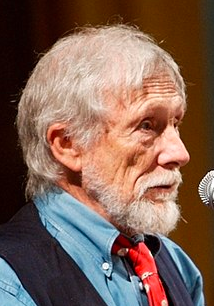 Snyder turns 90 today! Despite my angst over jinxing him by saying it, as of Michael McClure's recent death, Snyder is the only reader left alive from the 1955 Six Gallery poetry reading. He's also one of a small number of close friends of Kerouac who are still around.


*Regular readers likewise know that I am just trolling them by calling The Dharma Bums Jack's best novel. It is, indeed, my favorite, but I would hesitate to argue that it's his best work.


Posted by Rick Dale, author of The Beat Handbook at 9:55 AM 2 comments: 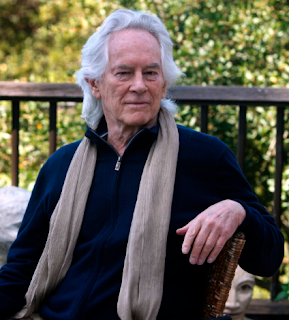 I had a low day yesterday, feeling very discouraged about life in general, and I even posted about that on Facebook. Then last night I learned that Beat poet Michael McClure had died May 4. We had recently wished him a Happy Birthday (click HERE) on October 20 when he turned 87. Death awaits us all, but this one struck close to home for some reason. I guess because he was one of the few famous members of the Beat Generation era who were still around. McClure appeared in several Jack Kerouac novels: Ike O'Shay in The Dharma Bums; McLear in Big Sur; and, Patrick McLear in Desolation Angels.

The tributes to McClure are pouring in to the Facebook Jack Kerouac and The Beat Generation groups, not the least of which is from noted Kerouac biographer Gerald Nicosia, who said:


I just heard that Michael McClure has died. It's Tuesday night here. By tomorrow morning everyone should be reading about it. Funny thing is I was going through old correspondence today--stuff from more than 40 years ago--and I came upon a whole packet of letters he'd written me. I was reading his words a few hours ago, and now I learn he's dead. A gentle man, who always felt he had not gotten the recognition he deserved as a major poet, which he was. Back in the early or mid 1990's, Michael asked me to do an interview with him for the NEW YORK QUARTERLY, to help bring out aspects of his work that had been ignored. He was very happy with the interview. I don't know if it ever got put on line, but I'll try to find out, and if so, post it here.

To read such posts, you must be a member of the named groups, which I recommend. All it requires is that you ask to join and follow the rules.

Click HERE for a brief obit in the San Francisco Chronicle.

I only ever saw McClure once, at an event in New York City in 2016 which I attended with my great friend, Richard Marsh (chronicled HERE). Hence, I don't have any personal stories about the man like so many others in the Kerouac world.

The little bit I did sense about him from that event was that, while he was a gentle presence, he didn't suffer fools. And as Gerry points out above, McClure was a major poet. You can read some of his poems HERE. To do so would be a fitting tribute. Aloud would be best.

RIP, Mr. McClure. Say hi to Jack for us. I'll raise a glass to you later today.


Posted by Rick Dale, author of The Beat Handbook at 10:10 AM No comments: