Writing advice: Placing real emotion at the center of your work 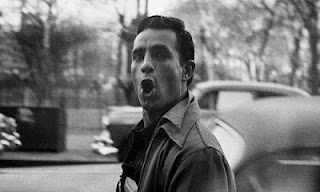 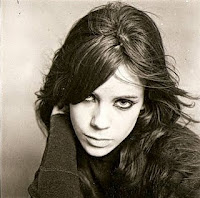 I just saw this quote posted by Party of Two on Facebook:

“If something inside of you is real, we will probably find it interesting, and it will probably be universal. So you must risk placing real emotion at the center of your work. Write straight into the emotional center of things. Write toward vulnerability. Risk being unliked. Tell the truth as you understand it. If you’re a writer you have a moral obligation to do this."
~Anne Lamott

It reminded me very much of Jack Kerouac's approach, and also that of his daughter, Jan Kerouac, whose book, Baby Driver, is keeping me up late at night because I can't stop reading once I start. Is there something in the genes related to being in touch with universal emotions and being able to write about it?

It's one thing to be in touch with your emotions. Few of us have that down pat. Then, to write about it in a way that connects with others! Is that more talent or skill?

To the latter point, I would suggest that courage plays a significant role. Don't we all have feelings we keep bottled up for fear of what others may think?

Jack and Jan didn't do that, it seems to me. If they felt something, they wrote about it, even if it wasn't politically correct or socially acceptable.

That is one trait of theirs that really connects me to their work.

May all of you inspiring writers "risk placing real emotion at the center of your work." As Lamott says, it's your moral obligation.

Posted by Rick Dale, author of The Beat Handbook at 10:40 AM

I just finished Baby Driver and Trainsong and I agree about Jan's writing. It had to have been tough to put herself out there like that knowing she'd be judged and looked down upon but it's what kept me up at night reading and unable to put it down. In the end I had nothing but admiration for the way she lived her life on the edge. Though it's none of my business it really makes me sad that Jack never got to know her because she was definitely one of the "mad ones."