Jack Kerouac, Steve McQueen, On the Road, and the origin of "cool" 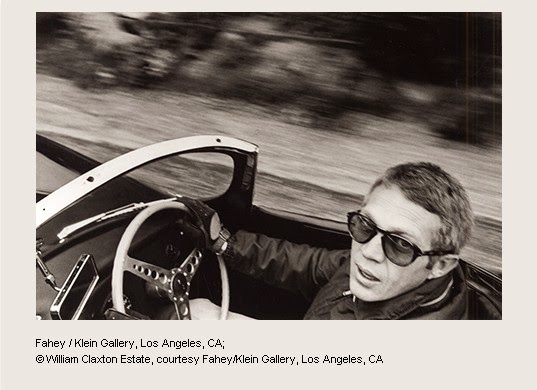 Click here for a PBS article about the American Cool exhibit at the National Portrait Gallery in Washington, D.C. The exhibit brings together 100 examples of "cool" Americans, and features photographs of the likes of James Dean, Billie Holiday, Marlon Brando, Steve McQueen (the coolest, in my book). I'm not sure if Jack Kerouac is represented in the exhibit, but he's mentioned in the article:


In the face of racism, the great African-American jazz saxophonist Lester Young was “cool.”

Credited with bringing the word into the modern American vernacular, “I’m cool” wasn’t Young’s reference to the sunglasses he wore day and night on stage, or the saxophone slung across his shoulder. It was his response to a divided society, a way of saying that he was still in control.

Decades later, after the term crossed over into Jack Kerouac’s work, and even found itself the subject of one of Leonard Bernstein’s numbers in “West Side Story,” the question “what is cool?” remains a topic of debate, a generational point of contention. But for Frank H. Goodyear III and Joel Dinerstein, it’s the question “who is cool?” that takes center stage in the “American Cool”exhibit they curated for the National Portrait Gallery in Washington, D.C.

For example, referring to temperature:


Terry said we could live in tents on the job. The thought of living in a tent and picking grapes in the cool California mornings hit me right (Kerouac, 1976, p. 89).


There he is! That's him! Old God! Old God Shearing! Yes! Yes! Yes!" And Shearing was conscious of the madman behind him, he could hear every one of Dean's gasps and imprecations, he could sense it though he couldn't see. "That's right!" Dean said. "Yes!" Shearing smiled; he rocked. Shearing rose from the piano, dripping with sweat; these were his great 1949 days before he became cool and commercial (p. 128).

Or as in Steve McQueen "cool":


"I don't know but we gotta go." Then here came a gang of young bop musicians carrying their instruments out of cars. They piled right into a saloon and we followed them. They set themselves up and started blowing. There we were! The leader was a slender, drooping, curly-haired, pursy-mouthed tenorman, thin of shoulder, draped loose in a sports shirt, cool in the warm night, self-indulgence written in his eyes, who picked up his horn and frowned in it and blew cool and complex and was dainty stamping his foot to catch ideas, and ducked to miss others-and said, "Blow," very quietly when the other boys took solos. Then there was Prez, a husky, handsome blond like a freckled boxer, meticulously wrapped inside his sharkskin plaid suit with the long drape and the collar falling back and the tie undone for exact sharpness and casualness, sweating and hitching up his horn and writhing into it, and a tone just like Lester Young himself. "You see, man, Prez has the technical anxieties of a money-making musician, he's the only one who's well dressed, see him grow worried when he blows a clinker, but the leader, that cool cat, tells him not to worry and just blow and blow-the mere sound and serious exuberance of the music is all he cares about. He's an artist. He's teaching young Prez the boxer. Now the others dig!!" The third sax was an alto, eighteen-year-old cool, contemplative young Charlie-Parker-type Negro from high school, with a broad gash mouth, taller than the rest, grave. He raised his horn and blew into it quietly and thoughtfully and elicited birdlike phrases and architectural Miles Davis logics. These were the children of the great bop innovators (pp. 238-239).

Definitely check out this link to the exhibit itself.

P.S. The above quotations from On the Road are duly cited and used in accordance with the fair use doctrine of U.S. copyright law.
P.S.S. (on 8/14/15) I just noted that Jack mentions a Steve McQueen movie title in one of his prose works. Can you name the movie and the work?
Posted by Rick Dale, author of The Beat Handbook at 11:40 AM