His name was Robert Frank. 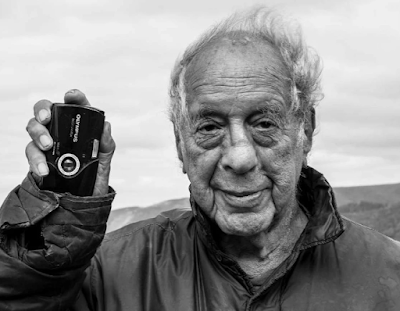 I just learned from our daily newspaper that famed photographer Robert Frank died on Monday in Inverness, Nova Scotia. He was 94.

Frank is perhaps best known for The Americans, his 1959 book of black-and-white photographs taken on cross-country road trips in the mid-1950s. After those trips, Frank met Jack Kerouac, who wrote an introduction for the U.S. version of The Americans:


That crazy feeling in America, when the sun is hot and music comes out of the jukebox or from a nearby funeral, that’s what Robert Frank has captured in tremendous photographs taken as he traveled on the road around practically forty-eight states in an old used car (on Guggenheim Fellowship) and with agility, mystery, genius, sadness, and strange secrecy of a shadow photographed scenes that have never been seen before on film. 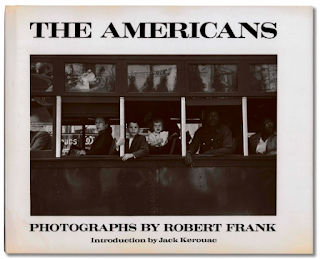 Kerouacians may best know Frank for being the co-director, with Alfred Leslie, of the avant-garde Beat film, Pull My Daisy, which was adapted from Kerouac's play, Beat Generation. Kerouac narrated the short film -- you can watch it in its entirety on YouTube here.

Frank and Kerouac were friends. Frank helped him house-hunt in Northport and then helped Jack move Jack's mom and their two cats, Tyke and Timmy, to Northport from Orlando. An essay about that trip, "On the Road to Florida," was published in Evergreen Review in January 1970 (after Jack's death). Frank appears in that essay under his own name. In a letter to Ginsberg in July 1958, Kerouac said that Frank thought Gregory Corso was the greatest poet. Jack met his lover Dody Müller at Frank's NYC Bowery loft in October 1958.

P.S. This post's title is a movie reference. Can you figure it out?

Posted by Rick Dale, author of The Beat Handbook at 10:24 AM