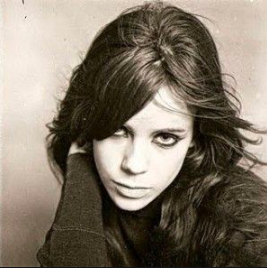 Had Jack Kerouac's daughter, Jan, not died at a young age, she would have turned 68 today. Unlike the rest of his family and many of his friends, she never appeared in any of Kerouac's books.

An accomplished author in her own right, Jan published Baby Driver and Trainsong during her lifetime and left behind the as-yet-unpublished novel, Parrot Fever (an extract of the latter in chapbook format is available from Gerry Nicosia by clicking here).

Jan is worth getting to know through her novels, but you can also read about her in Nicosia's Jan Kerouac: A Life in Memory, available here.

I didn't start out to write a commercial here, so I'll finish with some of Jan's own words to inspire you to read some of her writing. This is about one of the two times in total she ever saw her father in person (and they talked on the phone once).

Jack's reaction to me was shrugs and uncertain smiles. He said "Hi" but didn't make much of a fuss. When the doorway back-slapping and bantering was done with, he went back to rocking again, calling to his brethren across the room, "Hey, why doesn't somebody turn this thing down, I can't hear myself think!" This seemed odd, for he was closer to the TV than anyone else in the room. But someone did turn it down for him, and he continued to guzzle his giant baby bottle [a fifth of whiskey], rocking himself as if in a cradle.

The relatives all left, and Jack nodded a casual so-long to them over his shoulder. I watched him curiously, once again with the feeling that I had to be careful of what I said, like I'd felt the first time I met him on Avenue B when I was nine. He was desperately trying to keep his shield in place, at a loss for what to say. (Baby Driver, 1981, St. Martin's Press, p. 184)


You'll learn where this took place and what Jack was wearing when you read Baby Driver.

I'll conclude by saying that Jan was surprisingly forgiving of her father, understanding that he belonged to the world.

Posted by Rick Dale, author of The Beat Handbook at 11:11 AM