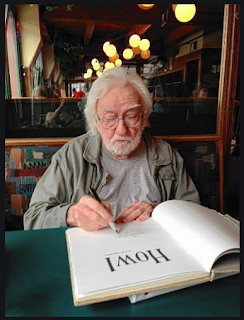 On this date -- February 20 -- in 2014, artist and Kerouac friend Robert LaVigne died. LaVigne (I've seen it with the V capitalized and not capitalized) was Guy Levesque in Jack Kerouac's Desolation Angels. That is it according to the Character Key to Kerouac's Duluoz Legend, yet Allen Ginsberg himself identifies LaVigne as Robert Browning in Big Sur (see Ginsberg link below). The Duluoz Key says Browning was William Morris. I asked Key curator Dave Moore about this discrepancy.

Dave Moore sent me the below scan from one of Kerouac's notebooks (titled "Duluoz Legend Personae Names"), where we can see in Jack's own handwriting that Robert Browning in Big Sur was William Morris, a painter friend of Philip Whalen. And so, we will defer to Jack and assume that Alan was wrong. 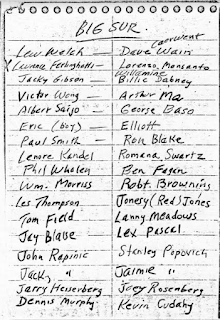 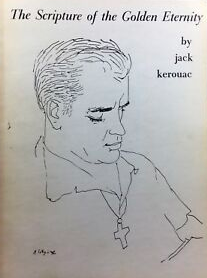 RIP, Mr. LaVigne.
Posted by Rick Dale, author of The Beat Handbook at 11:27 AM

And here's a link to what I assume is the painting of Orlovski, as well as one of Ginsberg. RM