Jack Kerouac's father was born on this date in 1889 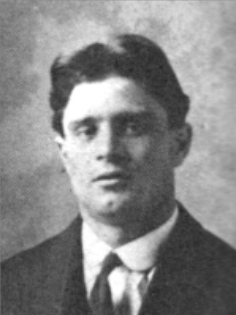 Leo Kerouac, Jack Kerouac's father, was born on this date -- August 5 -- in 1889 in Saint-Hubert-de-Rivière-du-Loup, Quebec, Canada as Joseph Alcide Léon Kirouack. Leo appeared in several of his son Jack's books: Emil Alcide Duluoz in Visions of Gerard, Emil (Pop) Duluoz in Doctor Sax/Visions of Cody/Vanity of Duluoz, George Martin in The Town and the City, Emil in Maggie Cassidy/Desolation Angels, Pa in Book of Dreams, Charlie Martin in The Sea is My Brother, and Joe Martin in The Haunted Life and Other Writings.

Happy Heavenly Birthday to the man without whom there would be no Jack Kerouac!
Posted by Rick Dale, author of The Beat Handbook at 9:41 AM