"Visions" in Kerouac's On the Road 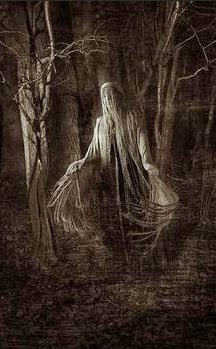 Have you ever had a "vision" (the mystical kind)? Kerouac certainly seems to have been familiar with the experience. I was wondering just how many specific references to "visions" Kerouac made in On the Road, so I found as many as I could and listed them below (in order as they appear in the novel). I tried to make this an exhaustive list, but I may have missed something. Note that I didn't include a passage unless the word "vision" was in it (so, for example, I did not include the passage about the Shrouded Traveler in Part 2 Chapter 4). I'm not standing behind the accuracy of these quotes since I cut-and-pasted from here and only fixed up obvious errors. I avoided page numbers since we all use different editions. Have fun!

And a kind of holy lightning I saw flashing from his excitement and his visions, which he described so torrentially that people in buses looked around to see the "overexcited nut."

Now I could see Denver looming ahead of me like the Promised Land, way out there beneath the stars, across the prairie of Iowa and the plains of Nebraska, and I could see the greater vision of San Francisco beyond, like jewels in the night.


I had visions of a dark and dusty night on the plains, and the faces of Nebraska families wandering by, with their rosy children looking at everything with awe, and I know I would have felt like the devil himself rooking them with all those cheap carnival tricks.

And here my mind went haywire, I don't know why. I began getting the foolish paranoiac visions that Teresa, or Terry-her name-was a common little hustler who worked the buses for a guy's bucks by making appointments like ours in LA where she brought the sucker first to a breakfast place, where her pimp waited, and then to a certain hotel to which he had access with his gun or his whatever.

I have visions all the time," said Ed Dunkel, nodding his head.

You had a vision, boy, a vision. Only damn fools pay no attention to visions. How do you know your father, who was an old horseplayer, just didn't momentarily communicate to you that Big Pop was going to win the race? The name brought the feeling up in you, he took advantage of the name to communicate. That's what I was thinking about when you mentioned it. My cousin in Missouri once bet on a horse that had a name that reminded him of his mother, and it won and paid a big price. The same thing happened this afternoon." He shook his head. "Ah, let's go. This is the last time I'll ever play the horses with you around; all these visions drive me to distraction."


As we ran I had a mad vision of Dean running through all of life just like that -his bony face outthrust to life, his arms pumping, his brow sweating, his legs twinkling like Groucho Marx, yelling, "Yes! Yes, man, you sure can go!"

It made me think of the Big Pop vision in Graetna with Old Bull.

"The first day," he said, "I lay rigid as a board in bed and couldn't move or say a word; I just looked straight up with my eyes open wide. I could hear buzzing in my head and saw all kinds of wonderful technicolor visions and felt wonderful. The second day everything came to me, EVERYTHING I'd even done or known or read or heard of or conjectured came to me and rearranged itself in my mind in a brand-new logical way and because I could think of nothing else in the interior concerns of holding and catering to the amazement and gratitude I felt, I kept saying, 'Yes, yes, yes, yes.' Not loud. 'Yes,' real quiet, and these green tea visions lasted until the third day. I had understood everything by then, my life was decided, I knew I loved Marylou, I knew I had to fir my father wherever he is and save him, I knew you were buddy et cetera, I knew how great Carlo is. I knew a thousand things about everybody everywhere. Then the third day began having a terrible series of waking nightmares, and they were so absolutely horrible and grisly and green that I lay there doubled up with my hands around my knees, saying, 'Oh, oh, oh, ah, oh . . .' The neighbors heard me and sent for a doctor. Camille was away with the baby, visiting her folks. The whole neighborhood was concerned. They came in and found me lying on the bed with my arms stretched out forever. Sal, I ran to Marylou with some of that tea. And do you know that the same thing happened to that dumb little box?-the same visions, the same logic, the same final decision about everything, the view of all truths in one painful lump leading to nightmares and pain-ack!

As a child lying back in my father's car in the back seat I also had a vision of myself on a white horse riding alongside over every possible obstacle that presented itself: this included dodging posts, hurling around houses, sometimes jumping over when I looked too late, running over hills, across sudden squares with traffic that I had to dodge through incredibly-" "Yes! Yes! Yes!" breathed Dean ecstatically.

Suddenly I had a vision of Dean, a burning shuddering frightful Angel, palpitating toward me across the road, approaching like a cloud, with enormous speed, pursuing me like the Shrouded Traveler on the plain, bearing down on me.

We saw a vision of the entire Western Hemisphere rockribbing clear down to Tierra del Fuego and us flying down the curve of the world into other tropics and other worlds.

I looked out the window at the hot, sunny streets and saw a woman in a doorway and I thought she was listening to every word we said and nodding to herself--routine paranoiac visions due to tea.

Posted by Rick Dale, author of The Beat Handbook at 11:14 AM