Jack Kerouac's The Dharma Bums Chapter 26 in one sentence 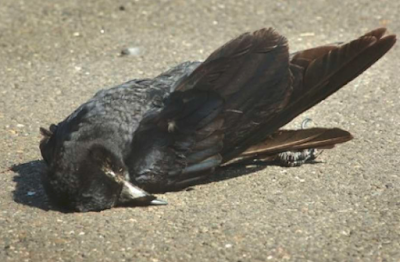 Your assignment for today was to read Chapter 26 of The Dharma Bums and summarize it in one sentence. Below is my one-sentence summary -- post yours as a comment. I'd also love to see general comments about the chapter, or questions.


The Dharma Bums Chapter 26 in one sentence:


Because they are tired of parties, Japhy and Ray make plans for a long hike part way through the big farewell party for Japhy (who is going to Japan), Japhy's sister Rhoda and her fiancé visit, Ray finds Rhoda attractive but puts sex out of his mind again whenever he sees something like a dead crow in the deer park ("all of it comes out of sex"), preferring to meditate pretty much wherever he is with his eyes closed (nobody ever considers his behavior strange), the one time Ray does bring a women to the shack Japhy and a friend burst in dancing and laughing and drive the beautiful brunette away, Japhy is stern about things being "done right" (like sharpening an ax properly), Ray is impressed with the meals Japhy can concoct from his side of the food shelf, and sometimes Japhy can't find Ray because Ray is meditating outdoors amidst the deer and mosquitoes and doesn't reply to Japhy's "Hoo!"

Your next assignment is to read The Dharma Bums Chapter 27 and post a one-sentence summary.
Posted by Rick Dale, author of The Beat Handbook at 9:22 AM