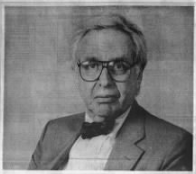 
We each had a bedroom, and there was a kitchenette with food in the icebox, and a huge living room where Major sat in his silk dressing gown composing his latest Hemingwayan short story--a choleric, red-faced, pudgy hater of everything, who could turn on the warmest and most charming smile in the world when real life confronted him sweetly in the night. (1976, Penguin Books, p. 40)


Major (Temko) features prominently in the Denver story and then Kerouac runs into him again in San Francisco at Alfred's in North Beach where Major gets kicked out for rowdiness and the two go drinking at the Iron Pot.


Posted by Rick Dale, author of The Beat Handbook at 10:07 AM