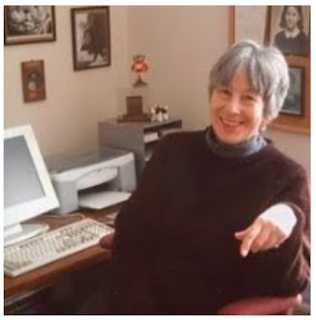 Yesterday -- June 18 -- would have been Helen Weaver's 90th birthday. We noted her passing on April 13 of this year HERE. Weaver appeared in two of Jack Kerouac's works: as Ruth Heaper in Desolation Angels and as Eileen Farrier in Book of Dreams (expanded edition).

Weaver granted me an interview in 2009 that you can read HERE.

This was your first heavenly birthday and we hope it was a good one, Ms. Weaver.

Posted by Rick Dale, author of The Beat Handbook at 9:34 AM