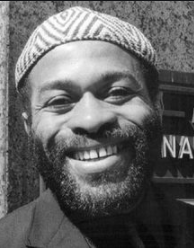 Today we remember Beat poet Ted Joans, who died on April 25, 2003. He appeared in one of Jack Kerouac's works, The Subterraneans, as John Golz.

Posted by Rick Dale, author of The Beat Handbook at 11:18 AM