Jack Kerouac's On The Road: The Movie (finally?)

After multiple false starts dating clear back to when Jack Kerouac was alive - he frequently mentions potential movie deals in his letters* - it seems that a film version of On The Road is finally in the works. According to an article in The National, "Literary friction," screenwriter Jose Rivera and director Walter Salles, known for the Oscar-nominated The Motorcycle Diaries, "are facing Kerouac’s meandering prose head-on, transforming it into workable production pages (the film is scheduled for a 2009 release)."

I'll be in line opening day. With low expectations, of course. That way I won't be disappointed. But Fight Club adapted pretty damn well to film. And Into The Wild. And even Peaceful Warrior wasn't unwatchably awful (I'd watch Nick Nolte in his later years in anything). Who knows? Maybe it will be a cult classic, giving birth to thousands of new Kerouac fans.

But I agonize over casting. They have to get Jack and Neal Cassady right! Who will play Sal Paradise and Dean Moriarty? I'm sorry to blast other bloggers, but while Edward Norton and Johnny Depp and Brad Pitt and Thomas Jane (he'd make a great Neal) would seem to be in the running, they are too old. Kerouac was 27-ish during his "Road" travels, and Cassady was younger still. Norton is 39. Depp is 45. Pitt is 44 (almost 45 - his birthday is a few days after mine). Jane is 39.

Someone suggested Billy Crudup for Sal (Jack). Yup. I can see it. 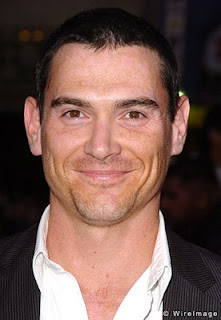 One thing Jack agonized over was that by the time On The Road was published, he was no longer the svelte, vivacious, 20-something hepcat in the novel. Yet that was the Kerouac fans wanted to see, not the bloated, drunk, anxiety-ridden neurotic he'd become (sorry, Jack, for all the labels, but they're not disputable). Which, of course, drove him madder than he already was and deeper into the bottle.

So Jack and I both say: You have to cast Sal and Dean with actors who are about the same ages as Jack and Neal in the late 40's. Speaking of Into The Wild, how about Emile Hirsch? He's about the right age. Or Scott Mechlowicz of Peaceful Warrior?

There are many younger actors who would be perfect. My plea to the casting director (unless the decision's already been made) is to be very, very careful and deliberate.

Ask youself, "Who would Kerouac cast?"

No matter, though. I'll be watching it.

**That's beat for an emphatic, "Yes!"
Posted by Rick Dale, author of The Beat Handbook at 9:25 AM