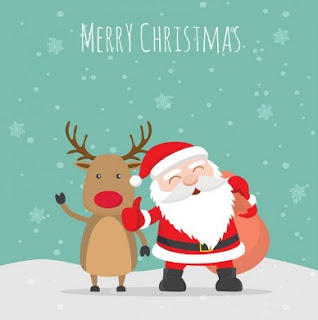 I was thinking just now that this might be my last post before December 25, which is known by some as Christmas Day. Others don't acknowledge this except to say that it is an affront to non-Christians to wish someone "Merry Christmas." Nevertheless, we feel duty-bound to extend some sort of holiday greeting in advance of the big day, so let's look at it through a Kerouac lens.

Here at The Daily Beat we try to stay away from conflict as much as possible, but one does wonder how Jack Kerouac would view the "war on Christmas." This metaphorical war is not as new as you might think if you believe Politico, which points out that Henry Ford complained about it as did the John Birch Society as far back as 1959 (when Jack was still alive).

Some argue that the abbreviation, "Xmas," is part of that war, a blatant effort to remove Christ from Christmas (never mind the historical reality that Jesus was likely not born anywhere near December 25). Well, Jack used that abbreviation (e.g., see his letter to Lucien Carr postmarked December 14, 1957). But, he also spelled it out (e.g., see his letter to Philip Whalen dated December 16, 1960). Some will point to our lead-in graphic as part of the war on Christmas, Santa Claus being a secularization of the holiday.

There is no dispute that Jack was a Catholic (a Christian) through-and-through. In his piece in the New York World Telegram on December 5, 1957, "Not Long Ago Joy Abounded at Christmas," he writes that "Christmas was observed all-out in my Catholic French-Canadian environment in the 1930s" (click here for an excerpt or read it all in Good Blonde & Others). But also in that piece he bemoans the loss of celebrating Christmas with a "naive and joyous innocence" as it had been before World War II.

The latter is pretty solid evidence of Jack's practice. And so, as is our wont, we shall defer to this question (the thesis of my book) -- "What would Kerouac do?" -- in figuring out how to convey holiday greetings to our readers. We wish you a Merry Christmas, with the understanding that we intend no offense to atheists, Buddhists (like Jack), Muslims, Jews, Sikhs, Hindus. or followers of the other 4,200 religions in the world. Our thing is Kerouac, and we bend to that reality to a fault.

We'll leave you with a teaser. Given this post, if we post between December 25th and 31st we will have posted at least once a week for a year. That will make a good "streak" for us, and we hope to keep it up in 2017. Thanks for your readership, and look for a year-ending post next week. What a year it was....

*We avoided getting into Jack's novels for evidence for obvious reasons: roman à clef novels cannot be depended on for accurate reporting of facts. Letters, on the other hand, are quite dependable as representative of a person's actual words. By the way, if you have other examples, written or recorded, of Jack saying "Merry Christmas," let us know in the comments.
Posted by Rick Dale, author of The Beat Handbook at 12:21 PM