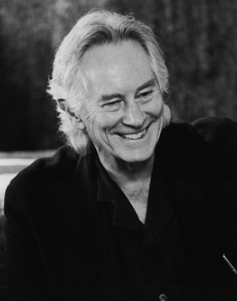 On this date -- October 20 -- poet Michael McClure was born in 1932. McClure, of course, was one of the poets who read at the famous Six Gallery reading in San Francisco in 1955. He appeared in several Jack Kerouac novels: Ike O'Shay in The Dharma Bums; McLear in Big Sur; and, Patrick McLear in Desolation Angels.

You can read more about McClure as well as some of his poetry by clicking here.

McClure is alive as of this posting and he is one of the few Kerouac compatriots I've had the privilege of seeing in person (details and pictures here).

UPDATE #2: Jerry Cimino of the Beat Museum reminded me that October 20 is also poet Philip Whalen's birthday (1923). He likewise read at the Six Gallery event!


Posted by Rick Dale, author of The Beat Handbook at 9:32 AM