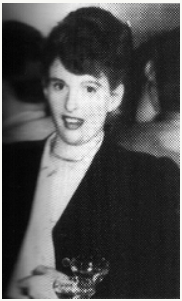 Edie Parker (Edith Frances Parker Kerouac) died on this date -- October 29 -- in 1993. Edie was Jack Kerouac's first wife. She appeared in several of Jack's works: as Marie in The Subterraneans; as Elly in Visions of Cody; as Edna in Book of Dreams; as Edna (Johnnie) Palmer in Vanity of Duluoz; and as Judie Smith in The Town and the City.

Edie's memoir, You'll Be Okay: My Life With Jack Kerouac, is an excellent recounting of the early days of the Beat Generation (we curated it here). Her various apartments with Joan Vollmer near Columbia University were where Kerouac et al. frequently hung out and she was an active participant in their intellectual/literary forays and discussions. Thus, Edie was an influential figure in the genesis of the Beat Generation.

RIP to one of the many women of the Beat Generation whose contributions are under-valued.


Posted by Rick Dale, author of The Beat Handbook at 9:11 AM