My week with a Beat legend 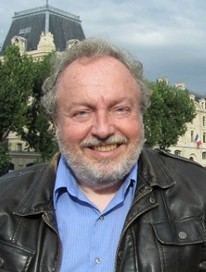 I consider Gerry Nicosia a Beat legend, albeit a controversial one "if you believe the talk" (movie reference). In my opinion, his biography, Memory Babe: A Critical Biography of Jack Kerouac, stands as the most comprehensive and well-researched (e.g., 300+ interviews) Kerouac biography to date. Gerry is a walking Beat encyclopedia. The only original Beats he didn't meet in person were Jack Kerouac and Neal Cassady, and he became friends with many of them. And Gerry's skills go beyond Kerouac and Beat scholarship, having written the national bestseller, Home to War, about the Vietnam Veterans movement. He's currently writing the biography of Ntozake Shange, famous author of For Colored Girls Who Have Considered Suicide When the Rainbow is Enuf.

I used the word "controversial" above in reference to the on-going tension between Gerry and the Kerouac estate (aka John Sampas). Details on that whole mess are forthcoming in a future post. Maybe.

How I got to know Gerry is an interesting story. We like to say we met because of Jack Kerouac, which is true enough on the surface but we think it was more providential than that. As you may know, for several years during Lowell Celebrates Kerouac (LCK) in October I have left a copy of my book, The Beat Handbook, on Jack's grave (in a ziplock bag to protect it against the weather) with a note to "please steal this book and pass it along." The one I left in 2008 reappeared in 2009 in the hands of a Notre Dame student (see my October 9, 2009 post). I don't know what happened to the one I left there in 2009 (some say John Sampas retrieves the items periodically and disposes of them in some fashion). I didn't attend LCK in 2010. I left a copy there in 2011.

In early 2012 I got an e-mail out of the blue from Gerry saying he retrieved my book from the grave the previous October, took it back to his hotel and read it. He loved it, saying it was funny and "full of Jack's heart." Of note is that it was Gerry's second trip to the grave that day. He went out in the morning but Roger Brunelle had a mob of people there so he left. Later in the day he returned, but only because an acquaintance asked him for a grave tour. I had always held Gerry up on a pedestal, so communicating with him was a real treat and it turned into a friendship. We send handwritten letters and postcards back-and-forth just like Jack and his friends did.

I'm teaching a first year seminar at University of Maine at Farmington (UMF) right now focused on Jack Kerouac, and last year Gerry and I got to talking about bringing him to UMF as a visiting scholar. I checked with our Provost and he was willing to support the visit, and so this past week Gerry taught my class and gave a mid-week presentation open to the public. Here's a rundown of the week.

I picked Gerry up from the airport Monday, which gave us a chance to visit on the way home from the airport (he stayed at my house all week). I had a surprise in store for Tuesday - I got to meet Jacques Kirouac, founder and first president of the Kirouac Family Association. Jacques had driven down from Quebec City to see Gerry. We had a great lunch with Jacques and then he sat in while Gerry taught my class. We were in the middle of The Dharma Bums, so Gerry spent a large part of Tuesday's class on that topic, and the students were very engaged and asked a number of great questions. We had a good discussion about the spiritual meaning of Ray's statement, "you can't fall off a mountain." We then went to dinner with Jacques, which again was a pleasure. He is a charming man and full of life (and spry at 85 years young).

Wednesday Gerry and I went to lunch with four other faculty members and we had an interesting discussion that ranged from Kerouac to the Beats to the Vietnam War veterans movement to history of the 50s and 60s. That afternoon we ran into a former student of mine, Taresa, who is on her own Keroucian adventure and after a lively discussion we told her about the presentation that evening (which she ended up attending). Wednesday evening Gerry gave a public talk, "Why Jack is Back," focusing on why Jack and the Beats were back to change our lives once again. Before a crowd of about 30 people (students, faculty, and community members), Gerry expounded on several  things the Beats stood for: human interaction (community, presence, companionship); the evil of materialism; and, the dignity, value, and divine spirit in every human being. He gave plenty of time for questions at the end and there were a number of very thoughtful ones. Gerry demonstrated his profound knowledge of not only Jack Kerouac and the Beats but also about literature in general as well as the history of the United States. After the presentation we got ice cream, and Gerry had apple pie to go with it "in honor of Jack."

Thursday we had a late lunch and then it was time for class #2. Gerry managed that class as a purely Q & A about Kerouac, the Beats, the On the Road movie, etc. I had asked the students to prepare five questions for Gerry and they kept the class moving along. I'm sure the students learned a lot because Gerry was addressing topics in which they were interested. At our invitation, Taresa and a friend attended class and we had another spirited discussion afterwards. We had to break it off as we were heading to join Crystal in Hallowell to read at an open mike at Hattie's Chowder House (Maine!). Gerry read about five of his poems, included the excellent one about Gregory Corso's ashes (click here and scroll down), and I read four (all from my poetry blog). Then we headed home to make it an early evening since we had to get up at 6 AM Friday to give us time to make his return flight to California.

Friday morning we headed for Portland International Jetport and said our goodbyes. Gerry is part of a panel at the Salem State University Kerouac Symposium on May 2 and 3 (click here), so he will be back east in a week. It's three hours away and I'm tempted to go.

Throughout the week, we had lots of opportunities to talk, and our conversations invariably turned to Kerouac and the Beats. I stand in awe of Gerry's knowledgeand ability to retrieve and share it. Period.

It was a great week and a number of students and faculty and community members - including me - know a lot more about Jack Kerouac and the Beats.


Posted by Rick Dale, author of The Beat Handbook at 4:56 PM

Nicosia can't be "beat" (get it?); he is The Man when it come to Kerouac scholarship.

I wonder if he's planning any updates to his work, it's been many years since he (first) wrote it.