What's News in the Kerouac World

Just some thoughts about what's news in the Kerouac world, at least from where I'm sitting.

On the Road is enjoying a limited release around the country to mixed reviews. The more I sit with having seen the movie on the big screen, the more I think Salles did an admirable job. It will be interesting to see if it gets any Oscar nods (or was it disqualified from the next round because of premiering at Cannes?). Anyway, if you missed my review, click here.

Two more Kerouac films are slated for release this year: Big Sur, an adaptation of the book by the same name, and Kill Your Darlings, about the infamous murder of David Kammerer by Beat Generation muse Lucien Carr. 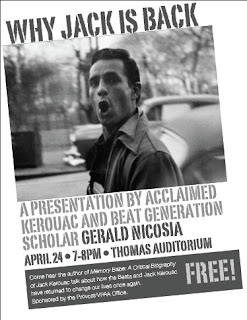 Next week Gerry Nicosia will be a visiting scholar at the University of Maine at Farmington. He'll be teaching a couple of classes and presenting Why Jack Is Back (see above). The latter is free and open to the public. A week later (May 3) he'll be at Salem State College for Memory Gardens: The Kerouac Symposium 40 Years Later (click here for information).

Lowell Celebrates Kerouac has released its dates for 2013: October 10-14. Mark your calendar and keep checking here for event details as they emerge.

The Jack Kerouac Group on Facebook continues to thrive. If you're not already a member, click here and request to join. The Jack Kerouac subreddit on reddit is growing, having 65 subscribers to date (click here). These are two good sites to visit frequently as a way to stay up on the latest Kerouac happenings (in addition to The Daily Beat). There's some repetition across the sites, but that's okay.

David S. Wills has a new book out: Scientologist! William S. Burroughs and the 'Weird Cult." I'm almost finished with it and a review is forthcoming. Jack doesn't feature prominently, but he is mentioned, and anything to do with Burroughs should be of at least some interest to Kerouacians.

I've been showing What Happened to Kerouac? in my Kerouac class, and I'm enjoying it, especially the videos of Jan Kerouac and of Neal Cassady, neither of which I had seen before. I recommend it.

I got a new Kerouac tattoo a couple of weeks ago. Next up: "Dig the ride" or the yin yang symbol. Teaching The Dharma Bums in class has me thinking and reading about such things. 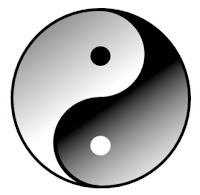 Between three suicides in Farmington in the last week, the Boston marathon bombing, and the West, Texas explosion, mayhem rules the news and I keep reminding myself of Jack's admonition in The Dharma Bums: "Compassion is the heart of Buddhism." Man, do we ever need to extend compassion to all sentient beings now more than ever!

That's what comes to mind for now. Dig the ride!

Posted by Rick Dale, author of The Beat Handbook at 9:09 PM