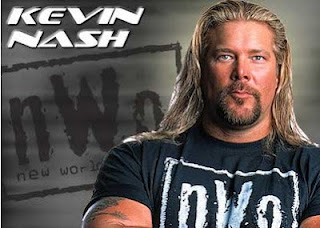 This morning I was looking at Google statistics for The Daily Beat. I've published 950 posts since the beginning of my blog in 2008. What struck me today was that the top ten posts of all time are quite different from the beginning of the year. Here they are:

Top Ten Posts of All Time on The Daily Beat

If you've been paying attention, this is a significantly different top ten list from January 2, 2012. (I did another top ten post in February, but it wasn't much different from January.) Kristen Stewart continues to top the list, but the only others in common are the two about Kerouac tattoos. Off the list are posts about initial pics from the film version of On The Road, rucksacks, Alice Braga in On The Road, Jack's Naval Reserve photo, how to write like Jack, naked women serving coffee, and Helen Weaver's The Awakener.

Onto the list are the two interviews with Gerald Nicosia, the January post above, how to pronounce "Cannes," IFC Film's On The Road U.S. release date, a link to the full text of On The Road (free version), and, a post about meeting a guy at Lowell Celebrates Kerouac who thought I looked like pro wrestler Kevin Nash.

Let's analyze. Kristen Stewart (especially nude) is understandable: she's a hot (no pun intended) commodity of late. Tattoos continuing to be a big pageview generator is somewhat surprising. The two Nicosia interviews entering the top ten is completely understandable given his famous status in the Kerouac world. My January post making the top ten makes sense because it included all the phrases in the other top ten posts (sort of cheating, just like today). Two other entries relate to the film version of On The Road, which makes sense given that it is hitting theaters this year. I won't try to figure out why these surpassed the posts that disappeared from the top ten - the latter are still getting hits and I suspect that some of them, like the one about rucksacks, may resurface in the top ten once the movie hysteria subsides.

The new top ten post that surprised me was the one about the guy in Cappy's at Lowell Celebrates Kerouac saying I looked like pro wrestler Kevin Nash. Is it the Kevin Nash reference that's causing all the pageviews? I often have Kerouac in the post title, and almost always have it in the body of the post, so that's not it. Maybe it's the combo of topics. I'd be interested in your thoughts on this one.

The lesson here is that if I want blog traffic, there are some "tried-and-true" topics. I wish legit topics like Jack's rucksack, writing like Jack, and Helen Weaver's book had the drawing power of nude Hollywood actresses and professional wrestlers. But, after all, this is America, land of the superficial . . . .
Posted by Rick Dale, author of The Beat Handbook at 1:20 PM