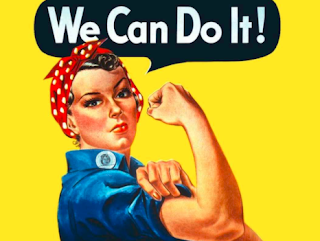 Yesterday we looked at what Jack Kerouac had written in a letter postmarked on that date in 1960. Continuing in that vein, below is an excerpt from his journal written on November 27, 1947 (he labeled it THANKSGIVING):

Rich duck dinner, a little movie with my mother, and celebrated by reading Dostoevsky at night -- "A Raw Youth" -- and also the life of Goethe, he and his "psychic cataclysms" and none the less great for it. My mother and I held long gossipy conversations. I'm learning so much from her nowadays. She speaks of the fat, happy Russian women, the peasant women, and how, if Russia is ruined by Communist Politburos and Sovietism and all that "planned" scientific coldness of the system, Russia might yet be saved when "the women bring the men down to their knees." (!) -- the women, mind you, not the "political" women and the "women"-soldiers of Russia, but the fat, happy peasant women. A really astonishing and profound remark. What did Joan Adams Burroughs say about it? "Sounds like a veiled threat of castration." -- that particularly with an allied remark my mother had made: "A man is not a man if he doesn't respect women." What about all this! Tonight, wrote 2000-words (interrupted by visit.) (Windblown World: The Journals of Jack Kerouac 1947-1954 edited by Douglas Brinkley, Viking Penguin, 2004, p. 31)


What strikes me about the above paragraph is the parallel with this line from Part Two Chapter 3 in On the Road:


My aunt once said the world would never find peace until men fell at their women's feet and asked for forgiveness. (Viking, 1976, p. 122)


The aunt in this case is, in real life, Jack's mother. She had definite thoughts about the innate power of women, and it makes me wonder what she -- and Jack -- would think about the groundswell of women in politics in America today. Maybe if we fall at their feet and ask their forgiveness, they'll save us from ourselves?

Posted by Rick Dale, author of The Beat Handbook at 9:56 AM