The Tao of Kerouac 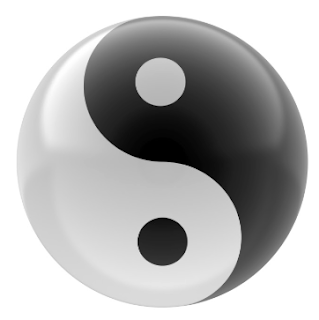 Sometimes a title for my next book -- yes, I just put that concept out there into the universe so now I need to make it manifest -- comes to me without much in the way of an overall theme or plot. Yesterday, for some unknown reason, the title, "The Tao of Jack Kerouac," popped into my mind.

I really like that title for several reasons. First, I think it's catchy. Second, it lends itself to a lot of directions, not the least of which is exploring the Eastern religious aspects of Kerouac's life and work (remember, The Dharma Bums is my favorite Kerouac novel). Finally, it hasn't been used yet.

Or so I thought. Just in case, I Googled the phrase and found this article from December 2016: The Tao of Jack Kerouac. I didn't find a book by that title.

Not wanting to be accused of copying but undaunted, next I Googled "The Tao of Kerouac." Nothing by that title -- either book or essay -- came up, although I did happen across this: "The Beat Generation Worldview in Kerouac’s On the Road." It contains a section titled, "The Tao of On the Road." As I expected, my own blog post, "Jack Kerouac and the Tao of Fried Eggs," appeared in the search results, but it appears that no one has written a book or essay titled, "The Tao of Kerouac."

So let the word go forth from this time and place that I am place-holding "The Tao of Kerouac" as a potential future book title. If someone jumps on it before I get around to using it, so be it and you're welcome.

What will it be about? Translated, it means "The Way of Kerouac." I can think of lots of different directions to take that concept, but I need a thesis. But could the world stand one more book about Jack Kerouac? What are your thoughts?

Posted by Rick Dale, author of The Beat Handbook at 10:42 AM