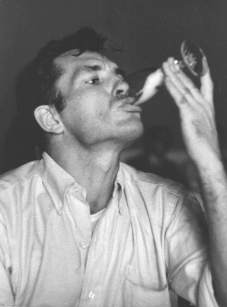 
I'm rather good novelist now, my in-progress work is THE DHARMA BUMS about Gary and 1955 and 56 in Berkeley and Mill Valley and is really bettern ON THE ROAD, if I can only stay sober enuf to finish now that I know I'm going to make a big fool of myself with evil Gilbert Millsteins ain New Yoik.


I agree with Jack that The Dharma Bums is "bettern" On the Road. In fact, as regular readers know, it is my favorite Kerouac novel. I love the prose, of course, but I also love the climbing action, and the Buddhism, and the sex, and . . . well, I just love The Dharma Bums so much that I probably need to go re-read it for the umpteenth time. Have I mentioned it's the basis for my license plate? Oh, yeah, about a dozen times. 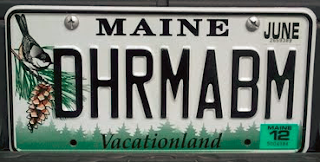 In this letter, Jack acknowledged the drinking problem that would eventually kill him, a problem excacerbated by the fame he garnered from On the Road. It is interesting that he mentions "Gilbert Millsteins." First of all, note that NY Times book critic, Gilbert Millstein, gave On the Road a rave review on September 5, a bit over a month earlier, and that helped start the fame train rolling. But there is no "s" at the end of Millstein's name. I think Jack was using Millstein's name as a universal stand-in for book reviewers, who he was predicting wouldn't like The Dharma Bums.

We've mentioned this before, but it is important to note that the regular book reviewer for the NY Times, Orville Prescott, was on holiday and that was the reason Millstein reviewed On the Road. It has been said that Prescott would not have been so enthusiastic.

Posted by Rick Dale, author of The Beat Handbook at 10:50 AM