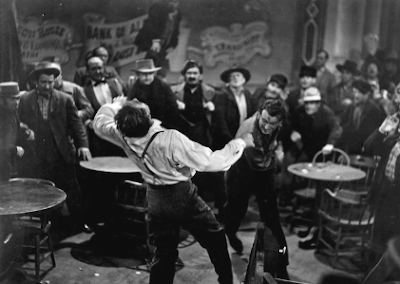 Jack Kerouac wrote a long letter to his muse, Neal Cassady, on this date -- December 3 -- in 1950. According to editor Ann Charters,


The newly married couple moved into Gabrielle's apartment in Richmond Hill to save money so they could travel to Mexico after Christmas . . . . Sitting at the rolltop desk in his "den" piled high with Joan's dressmaking material, Jack smoked a joint and wrote to Cassady while his wife showered and his mother watched a news program on television about the escalating war in Korea.


Jack was newly married to Joan Haverty, who bore him his only child, daughter Jan. Richmond Hill was in Queens, NYC. In this letter, Jack is playing around with titles for what would become On the Road:


Another welter piling up is not only the need for me to write and sell stories, and a new job I have doing synopsis for 20th Century at home for pay, but to write that fucking Road. Down the road night; American road night; Look our for Your Boy; Boy on the road; Hit the road; Lost on the road--I don't even know what to call it. (pp. 237-238)

This reminds me of a famous passage from On the Road:


"What's your road, man?--holyboy road, madman road, rainbow road, guppy road, any road. It's an anywhere road for anybody anyhow. Where body how?"


In this letter Jack uses "elitch" as a code word for marijuana: "Elitch is bad for muscles unless you keep going like you do all day" (p. 239).

Jack continues to be unhappy with the reception and sales of his first published novel, The Town and the City:


My book is not being mentioned by the Xmas lists and not only that the critics who raved about my book have completely forgotten it . . . some who said it was one of the best novels of the year do not mention it . . . I have had the worst shitluck possible with that book and it is the same thing all the time with whatever I do . . . the curse of Melville . . . gods don't even want their favorites to have one peaceful shit in their lifetime [and so on] . . . . (p. 239).


Most of the rest of this letter is a detailed description of a bar fight involving Bill Cannastra (click here), Lucien Carr, and Jack against six or seven "hoodlums." The bar is not named but Kerouac calls it "that bar" so Neal is familiar with it; it is on a corner near Cannastra's house. I think Cannastra may have been living at 125 W. 21st Street, but I don't know NYC well enough to guess in which bar this fight took place and my quick run-through of Kerouac biographies didn't reveal anything. I doubt it was the San Remo as that was too far away (albeit it was on a corner). Maybe you know? Tell us in a comment.

I encourage you to get this collection (see below) and read Kerouac's rollicking letter to Neal Cassady for yourself.


Posted by Rick Dale, author of The Beat Handbook at 11:14 AM