Jack Kerouac's The Dharma Bums Chapter 6 in one sentence 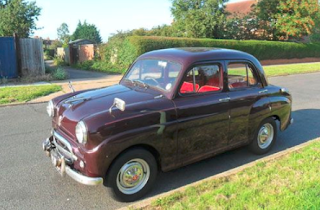 Your assignment for today was to read Chapter 6 of The Dharma Bums and summarize it in one sentence. Below is my one-sentence summary -- post yours as a comment. I'd also love to see general comments about the chapter, or questions.


The Dharma Bums Chapter 6 in one sentence:


Japhy goes to Ray's to collect him and his gear for the mountain climb, along the way Japhy tells Ray about his outdoor experiences, they pack at Japhy's and head to Henry Morley's cottage in Berkeley, they head out in Henry's "little English car," Ray describes the overtalkative Henry and some after-climb adventures with him, Henry regales them with nonsense on the drive, they stop at a bar full of hunters (opening eve of hunting season) for a drink (port), Japhy tells them about his upcoming trip to Japan and Henry regales them with more nonsense, they drive till 2 A.M. and decide to sleep in the woods because it's a long way to Bridgeport, but they discover that Morley forgot his sleeping bag so they all sleep under two sleeping bags on top of two ponchos.


Your next assignment is to read The Dharma Bums Chapter 7 and post a one-sentence summary.
Posted by Rick Dale, author of The Beat Handbook at 9:39 AM