Jack Kerouac's The Dharma Bums Chapter 7 in one sentence 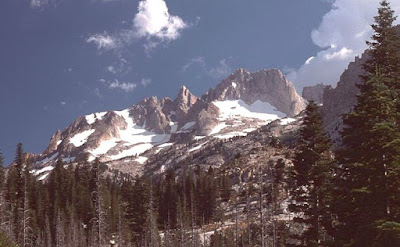 Your assignment for today was to read Chapter 7 of The Dharma Bums and summarize it in one sentence. Below is my one-sentence summary -- post yours as a comment. I'd also love to see general comments about the chapter, or questions.

The Dharma Bums Chapter 7 in one sentence:


Along their way in the morning the group eats bread and cheese, but Ray talks them into stopping at a lodge for a "man's breakfast," during which the waitress expresses disbelief that they were headed to climb the Matterhorn, the snow-capped peak of which they could see from their car a little bit later that morning.


Your next assignment is to read The Dharma Bums Chapter 8 and post a one-sentence summary.
Posted by Rick Dale, author of The Beat Handbook at 10:22 AM