Jack Kerouac's The Dharma Bums Chapter 4 in one sentence 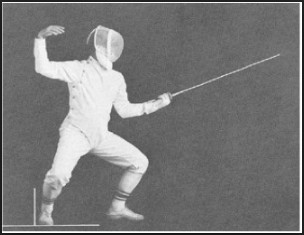 Your assignment for today was to read Chapter 4 of The Dharma Bums and summarize it in one sentence. Below is my one-sentence summary -- post yours as a comment. I'd also love to see general comments about the chapter, or questions.


The Dharma Bums Chapter 4 in one sentence:


Ray, Alvah, and Coughlin buy a gallon jug of wine and bust in on Japhy (who we learn attended Reed College with Couglin) in his shack, Japhy roars and leaps like a Samurai from his crosslegged position across the room where he lands in a fencing position holding a dagger and barely stabbing the jug with a "clink," they spend four hours gabbing and drinking, and Ray feels guilty for making Japhy miss his evening of study until the following night when Japhy appears at their cottage with a pretty girl who takes her clothes off at Japhy's request.

Your next assignment is to read The Dharma Bums Chapter 5 and be prepared to post a one-sentence summary. Here in the U.S., we have holidays approaching at the beginning of the week so I can't promise daily postings for a few days. Feel free to read ahead but stay with us, too.
Posted by Rick Dale, author of The Beat Handbook at 9:39 AM