Day 24 in The Beat Handbook: 100 Days of Kerouactions is titled, "On Food," and references the below passage from On The Road. I tried to collapse the two images using Paint, but I just couldn't figure out how to get the size correct. So, we'll go with the two images from my phone. 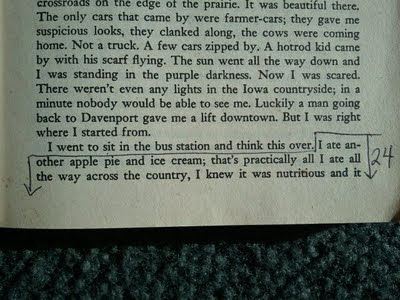 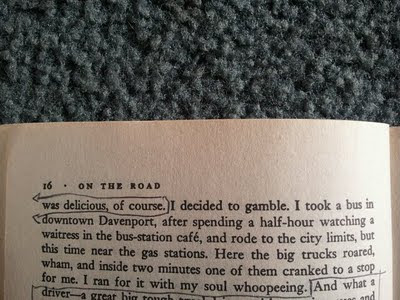 This is one of six entries in my book about the "beat diet." In this case, Jack (Sal) ate apple pie and ice cream all the way across the country on his first cross-country trip. He claims that it's nutritious and delicious.

It's tough to argue with the delicious part, but what about nutritious? As a meal, according to the new "Nutrition Plate" (which replaced the "Food Pyramid"), it's a fail because it's got too much dairy and no vegetables or protein, being all fruit, grain, and dairy. 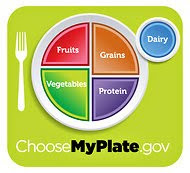 Well, I never said the "beat diet" was healthy, and besides, the "Nutrition Plate" is just the latest in the government's attempts to figure out how to eat healthily. It's probably a conspiracy anyway, and what we're after here is answering the question: What would Kerouac do? To do that, we'll take our lead from the characters in his novels. Regarding diet, as I said in the entry for Day 1: Eat what you want.

Posted by Rick Dale, author of The Beat Handbook at 8:34 AM